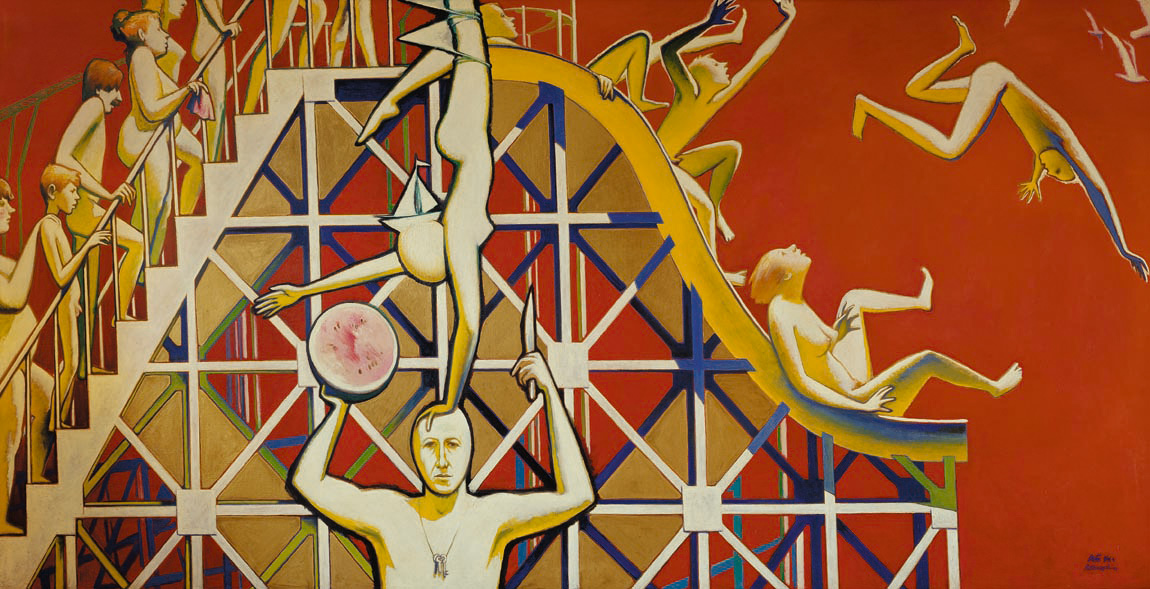 Being My Own Tsar

– Remember the Biblical story of Judith? The beautiful widow who saved the besieged town in Judea, who made the Assyrian general Holofernes fall in love with her? Who severed his head in the morning when he snoozed exhausted with love, carried it in a basket and hoisted it on top of the fortress wall. The savior of her country. A disgusting traitor. A cunning bitch. An Eternal Woman.

The great Giorgione, both philosopher and artist standing tall next to Leonardo, a Venetian boy killed by plague at 33, made his Judith beautiful and detached, devoid of internal emotions, with her small exquisite foot treading on the severed head of Holofernes who is beaming with love. I say this deliberately, not as a slip of a tongue: he is not suffering—he is happy accepting death at the hand of his beloved.

A paradox? But nature provides many instances of them. There are female spiders that in the ecstasy of passion kill their partner by sucking his blood out. And he knows what’s in store for him even as he moves in to copulate. He knows what he is going to die for. Could it be that he is driven by his reproductive instinct?.. Or could it be love? Let us believe it is love—that way it is more beautiful.

We know what’s in store for us.

I’ve lived under all the tsars since the time of Stalin. I was listening to reports about his precious health—a small boy, a small radio with a round dial—and I swore out loud that if the leader dies I shall kill myself. When the report of his demise came I had no choice. With loud sobs screaming like an incantation “I shall kill myself!” I went to the cupboard, took out a dull table knife and began poking it at my chest knowing full well that it couldn’t even cut through my shirt. My sobbing was sincere because I was sorry for myself and didn’t give a damn about Stalin. I was sobbing because no one would notice my sacrifice and noble intent.

It is funny to recall that now. Now… Well, now I work like a rabbit and hop like a goat, and enjoy my life.

I am my own tsar.

My scepter is a kid’s pyramid, my orb and crown are toys. The naked king. My easel is my guillotine. My madness—the world of my joy—my freedom.

Let us dream of an unreal, impossible love. After all, art is an unreal dream. Let’s put hooves on our feet and dive into the sweet domain of mythology. I would become a faun. A Pan, with an appalling face and horns. I would become a randy stinking goat. I’d chase nymphs that I envision behind every bush. And when I go crazy from their squeals and willingness, I would make a reed and play tormenting, heavenly melodies understood by few. They would be dedicated to no one. Not to a collection of gods, and not to one god. Goats and fauns exist and sing outside of any faith, outside of styles. An artist is a goat outside of faith.

My long-standing dream of a cup of a real black Turkish coffee came true in a dirty coffee shop in Istanbul. It was some coffee, I must say! Very sweet. Very strong. But what struck me was not the coffee, it was Hagia Sophia, its architecture. That is where the Cosmos—an abstract concept for a human being—is tangible. And Saint Sophia (god’s wisdom)—a mosaic on the golden dome that signifies the sky. It’s done so that it seems to be moving toward you and at the same time floating in place. A reverse perspective. Magnificent, close and unreachable. Everything is precise. Everything is just as it should be.

Thought, just like the cosmos and a dream, is always abstract. The canvas may be the only place where you can make it tangible.

Poets and scholars of literature have always argued about how poetry should be written. Some, foaming at the mouth, insisted that poetry must be constructed like a complex mechanism: word after word, image after image, bonded and screwed together with bolts. Others claimed that poetry is a human soul. The sound must flow, almost like water from a tap, and sing. A stupid argument. Themes for paintings could be constructed or they could be discovered haphazardly. Who knows how love happens and what’s the best way to treat it? If you want, you may construct it, or you may fall in love in a flicker of a second, on the run, in flight. Maybe the most important thing is what children it will produce. Or what house you will build together. The wind casts houses of cards to the ground, while thatched huts sometimes stand for years if you mend their cracks on time.

I construct themes and then I blow into their lungs, as if into a bellows, to breathe life into them. And my head becomes heavy and dizzy from so much oxygen.

Themes are the keys to stored up thoughts, promptings to thoughts. A theme is a guidebook to eternity. Sometimes one just wells up on its own inside you.

Some twenty years ago a humongous object about five meters tall was built at the Odessa Lanzheron beach (then called Komsomolsky). It was a sturdy metal construction with metal stairs leading up on one side, and a smooth half-tube leading down on the other. This wonder was called a “toboggan.” You had to climb it, sit down on your butt, slide down and fall into the water. A hand-written sign listed the Rules for Toboggan Users:

A linguistic jewel! People enthusiastically used the slide until one winter it was either washed away by a storm or someone accidentally drowned, or perhaps the authorities forbade using it just in case… However, my agitated memory stores that awkward creation which stirs something in me connected with a dream of flying, freedom, aspiration, the sun… Later it transformed itself into Noon where all of us, naked and clumsy, wait in line for a short moment of flying, then take off…and vanish, dissolve, and depart into the Eternal Ocean.

Men and women follow one another across my canvases, from one story to another. Women are more numerous as they are more important, they become transformed and transfigured. Actresses playing different roles, but always as main characters. They never take cameo roles, because a minor role, just like an minor canvas, does not have the right to exist.

I bow to you, the Judiths of my stories, of my rewritten bible, who have severed my head and who consented to save it. Thank you, dear comrade Muses!