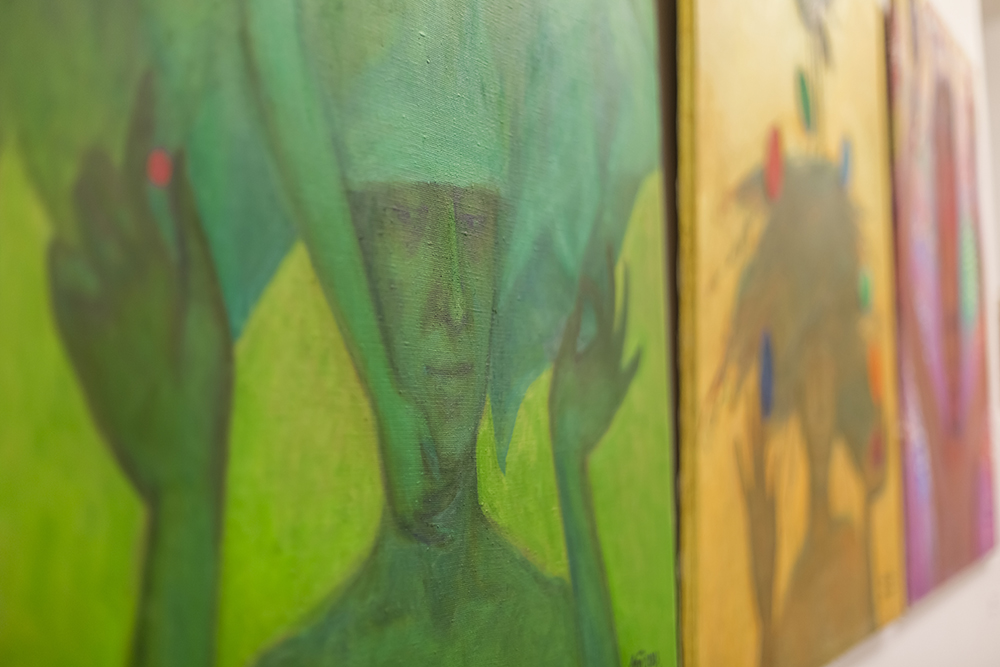 To write a serious art review without being a professional makes absolutely no sense and is totally ridiculous besides. To come right out with it, I am much better acquainted with the painters themselves than with the paintings and the theory — with their ateliers, where only a newcomer would regard as a mess all the dust, empty vials, broken mannequins, a violin lacking strings, torn hats and such.

This is all what we call pont [showing off], a total “must” for any painter, de rigueur. This is the way it is supposed to look in the atelier of any Moscow painter (or Petersburg, or Kiev). As a matter of fact, it does not look any different in the ateliers of any other country.

This is what I love them for. And also for their innocence — so often combined with the most sophisticated education and erudition.

This is also what I love Sasha Tokarev for. But more than that, also because he — like myself and many of our friends — is not a native of Moscow, but a little link in the endless chain of juzhane (“Southerners“), who have been flowing to this Babylon for 80 years or maybe more, bringing with them their special soft pronunciation of ‘G’ and their irony.

Most of them (us) relatively quickly got rid of the former and infected the aborigines with the latter, and in exchange we came down with an endless and incurable passion for this damned beloved city — and what a wasting disease it was for our unprepared southern systems…. I will not touch upon the great shadows still lingering in the Patriarshije and Bronnaja area. The living ones should be enough.

And from the window of Sasha’s atelier (Gasping and cursing, one has to take the stairs to the 8th floor because the elevator is constantly broken.) you get such a view of the old city — of the bell towers, of the yellow houses with a few of Stalin’s “commodes” among them, of fine ones and crumbling old investment properties, of all this lovely Moscow detritus and nonsense — that it takes your breath away all over again. And this time it is not the stairs that do it, but joy…

He works like crazy, a lot and always at night. And to what end? He is the one to judge. Several years ago he managed to return more or less from the other side, from under the wheels of a crazy night time taxi that found him in Odessa, his home town. He scrambled away, survived, then learned everything form scratch again — walking, painting. Since then he hurries even more. Quite understandable.

Why is the “Man-Orchestra” one of his main motifs? Well, he gives rather logical and solid explanations, but somehow I tend not to believe them. Personally, I think that Man-Orchestra is the symbol of his work — a work of “ten working as one”. He himself, Sasha Tokarev, is this Man-Orchestra working in different styles, with hundreds of canvases, playing not just a solo for the brush but an entire orchestral score.

We haven’t seen each other for many years. Now it turned out that all those years we were following in each other’s footsteps, and even in Paris we missed each other only by chance. Anyway, now we’ve met again. He has not changed a bit which makes me envious. At night he’ll be working on another Man-Orchestra, listening to Mozart. The city outside the window is not the one we once came to but something completely different and we all seem to be living a second life. If you take a look at his old paintings you will see that he long ago saw this coming. Maybe that is why he’s managed to adapt so easily that he seems simply to paint from nature.

One should take a closer look — maybe he is working on a score for orchestra.